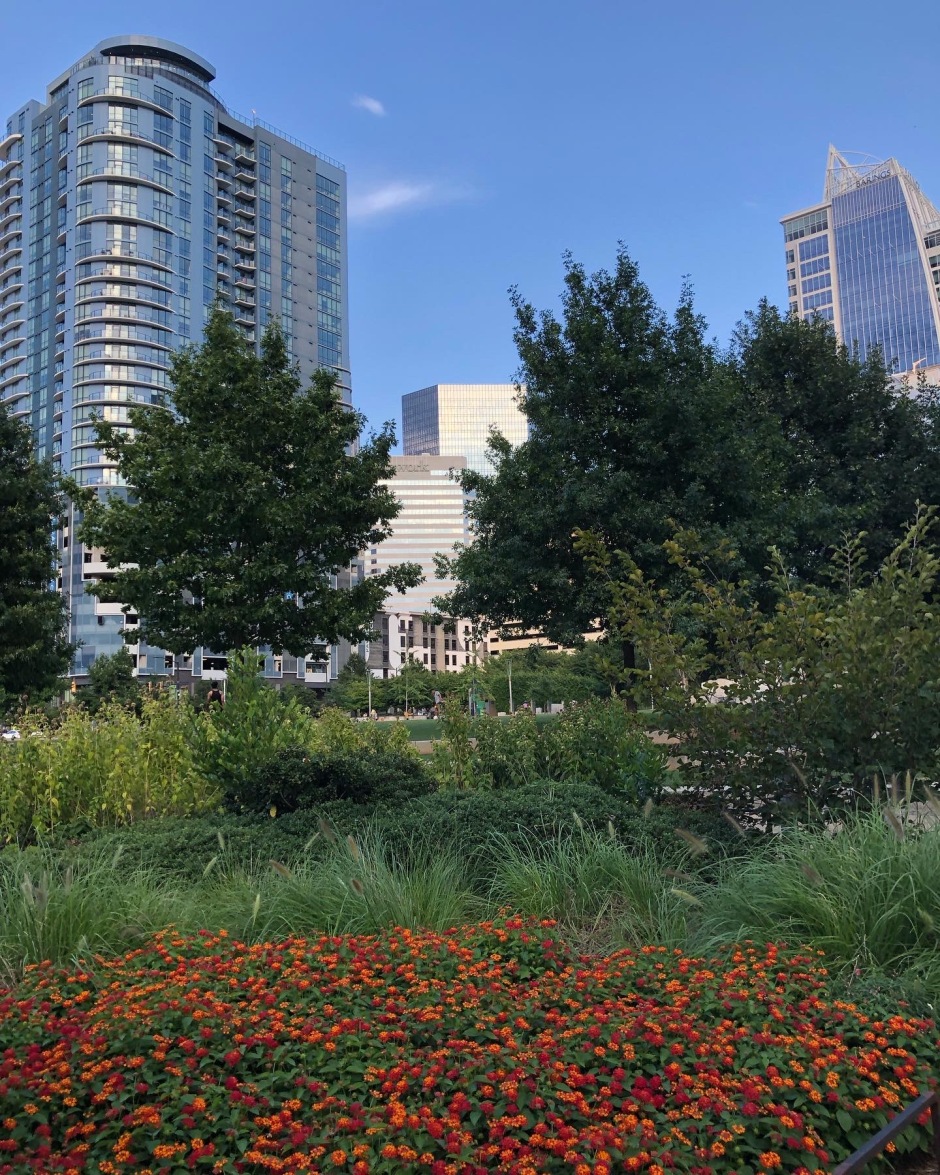 A few weeks ago I went to my first SLA Conference Sourced Forward in Charlotte North Carolina.  I was due to go in 2020 but due to the pandemic, the conference was postponed until this summer.  I certainly was happy to finally be in Charlotte and I certainly didn’t envision that I would be attending in 2022 as their President-Elect 2022-2024.  As the saying goes, with ‘great power, comes greater responsibility’ – this was no less the case as we had a very full schedule with meetings and membership engagement.  It was great for leaders to meet and speak directly to attendees, as well as to attend the awards ceremony to very deserving winners for their achievements.

I am unable to comment in depth on the conference programme sessions (which I can still catch up on the virtual components) as I had other matters in hand with the board.  Obviously, I was blown away by few that I did attended, such as the opening keynote speakers, general and closing sessions. The opening keynote on ‘ReSourced Leveraging Library Infrastructure in Community Centred Projects’ by historian Dr Jennifer Garcon extolled the need for community group for finding the stories that are hidden in archives that may have been traditionally inaccessible from everyone due to barriers or power struggles.  She gave examples of building partnerships and leveraging resources to gain access for the benefit of the user ReSourced communities. Her talk also highlighted the need for digital preservation for local documents, personal stories and items. It truly was inspiring for the diversity and engagement levels of the projects mentioned.

The second general session called ‘Tell me Sweet little lies: racism as a persistent form of malinformaiton’ by Dr Nicole Cooke was great for exploring the multiple ways that information is used as a power tool for misinformation, disinformation and malinformation. This is a topic I have been interested in for a long time but look at the examples and some of the multi-layered ways that information is manipulated is very insightful as well as educational on how to prevent this happening – especially if it causes harm such as in medical or racial scenarios.  The final session By Dr Travis Wagner was great at highlighting the opportunities for understanding ‘The role of information professionals in crafting a gender inclusive future’.  As library and information professional, we have a responsibility to all our customers and I certain didn’t understand all the negative aspects of collection management and access that affects genders – I was shocked but also sadden by some of the practices that library patrons encountered as well as some of the discrimination in the content held in library and archives.  These larger sessions as well as the small education ones I was able to attend really reenergised me to return to the world with reinvigorated purpose and pride.

I also have a great time at some of the social events in the evening in Charlotte to going around some of the close blocks near the Charlotte Convention Centre.  I hadn’t realised that I would have so little time to explore and really didn’t go to the some of the local tourist attractions such as the Nascar Hall of Fame or the Mint Museum.  Perhaps if I make it back to North Carolina one day – I can get a chance to seem more of Charlotte.  In all, it was a great experience and I was so pleased to see so many SLA colleagues, members, our industry partners, supporters and friends.

After Charlotte I wanted to make sure I made the most of being in the USA, and therefore took an internal flight to Florida to spend time in Fort Lauderdale and Miami.  I was truly impressed with the beaches, the weather and the amazing architecture! You also see lots of different types of vehicles that you just do not see here in the UK.  There are local business and trains but I mainly stayed in local areas or went out with family.

One of the recommended tourist sights of natural beauty and ecological interest was the Florida Everglades.  I was pleased that my hotel was able to arrange a pick up from the hotel and I was able to directly to one of the areas with facilities for tourist.  It was my first drive along Fort Lauderdale area and then on the Everglades.  I do love the holiday feel and look of this part of Florida and that the beaches were endless (apparently 600 miles of beaches).  Once we got the Everglades, it was a very hot day and the humidity was unbelievable.  The Everglades is one of the world’s largest wetlands and therefore was real delight going on the airboat long the lanes of the everglades.  It was interesting hearing about the indigenous tribes Seminoles, and how they lived around the Everglades.  The grasses, lilies, pond apples, mangrove and other plant life thrives in this wet and subtropical climate. And everybody hopes to see an alligator in the Everglades and lucky for us in the trip – we saw three alligators in the water! There was also an alligator taming show and you can actually hold a baby alligator. It was a great experience of a natural beauty and I recalled the 1970’s US TV series Gentle Ben, which had great scenes of a game warden family, his son and a tame bear who frequently went on an airboat.

I was able to spend time with some of Caribbean diaspora at one of their local Caribbean restaurants where they were selling food, drinks, music and lots of Caribbean cheer on a very hot Sunday.  I totally get that these communities where there celebrating there Sunday with their Caribbean people, especially just after a cricket game with India.  There was music, a rhythm section and also a visit from world renown cricketer, Brian Lara. I also have some experience of the local night life by going to a Latin bar on in the Las Olas area and also in downtown Fort Lauderdale to an Italian bar.  It was great to see these areas and the night life that is famous in Miami.

The next interesting aspect of my holiday was taking a city bus tour around downtown Miami.  Miami got its’ name from the river that run through it by the indigenous tribes to the region.  Later on, Miami is the only American city that has been founded by a woman – she was Julia Tuttle known as the ‘Mother of Miami’.  The region is definitely very cosmopolitan and had a large Latinx community.  Very frequently I hear Spanish and a lot of the local shops had Latinx food or signs.  On the bus tour to the city we saw several of the Art Deco buildings that is in abundance in Miami.  The reason for the high concentration of this type of architecture is that there was a hurricane in the 1920’s which destroyed all the buildings and it seems the Art Deco style was popular at this time.  It really is amazing to see.

Cubans also exiled to Miami with the 1960s and the area Little Havana still has a large Cuban community with tobacco and coffee shops, with cool looking restaurants and musical venues.  The area is known for its cultural and Cuban community significance as well as it being a place for new South and Central American immigrants. One of the most famous and beloved Cuban-American superstars are the Miami Sound Machine.  It was great hearing one of their songs on the Hotel PA system when I was there.  The tour bus also showed us the recording studio to the Miami Sound Machine, and their funky colourful building.  I do recommend the bus tour to see all the sights without the hassle of driving and the waterways were great to see how the islands of Miami are linked up by bridges etc.  There was a misunderstanding with timings, and I was unable to go on my boat tour around the Miami islands – hopefully I can go another time.

And while much of the diaspora has moved onto greater pastures around Miami, Little Havana continues to be a vital launch point for immigrants from South and Central America who bring their flavours, rhythm and hardworking spirit to this vibrant community.

I particular liked my hotel in Miami for the ambience, the beautiful pool area, architecture and garden.  I really felt like I can visit there again someday and loved that the beach was only about 200 metres away.  The water was clean and fun to splash around in but I was not brave enough to go on any adventurous water sports or out further. It was the Atlantic Ocean and it was awesome seeing so much beautiful kilometres of beaches.

More than anything, I was happy to finally visiting Miami after hearing about it for so long on another TV series such as Miami Vice.  It is also not far from Trinidad so lots of Trinidadians go there on holiday and have said that is a good place to visit.  I thank my family for their hospitality and for showing me around their amazing Miami and Fort Lauderdale. I certain would like to visit again and explore the region a bit more – event a far down as Key West.