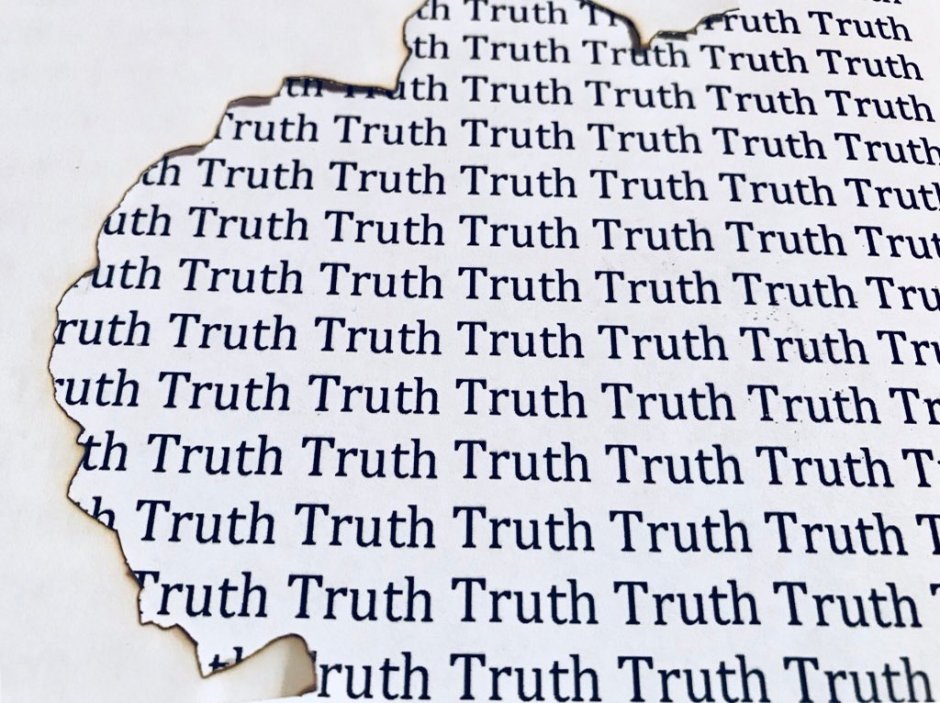 The news has always been exposed to manipulation to exert power, influence and score political points. It is not a new phenomenon but due to developments in the internet and social media this has been exacerbated as anyone with a smartphone has the ability to share content knowingly or unknowingly. Propaganda, misinformation and censorship are old tricks for information tactics, but in today’s world it is deemed the ‘golden age of fake news, alternative facts and post-truths’. Anyone can disseminate content digitally that may be appropriate or inappropriate. It will also hold the biases and interest of the person(s) sharing it. Sometimes it may be governments or companies that have a vested interest for profit in having us believe false information. The challenge about news in an ideal world is for us is to be truthful, open to criticism and have civilised arguments without inciting harm or violence. Otherwise perpetrators of false news should be prepared to pay the consequences.

The Internet and social media platforms should not take all the blame – there have been positive outcomes if we look back only few years, such as The Arab Spring. Internet credibility was something we had to deal with in the last 20plus years as information and knowledge professionals. The same applies now. The current tone and mood highlights that we should be aware a lot more about ‘Fake News’.

So what is Fake News? Not surprisingly, searching our research databases in the library, there is a lot of commentary and articles on the topic in the last couple of years mainly due to political campaigns on both sides of the Atlantic (and the world no doubt).

Webmaster Jeff Wisniewski at the University of Pittsburgh is on point when he writes in Online Searcher.Net Jul-Aug 2017 in ‘A Matter of Trust: a Webmaster Perspective’ – “Fake News, information created that is either deliberately false or intentionally misleading predates our online world. Its’ become such a concern recently because the internet makes it exceptionally easy for misinformation to be created and widely distributed, which in turn makes it harder to verify the presence of the good stuff. If you think this might be problem for the young who haven’t as yet developed these skills: the old, for whom the internet is relatively recent phenomenon; or the less educated, who haven’t been exposed to academic rigor, think again”.

Here I am hoping to highlight some of the issues we all face, and as a reminder that the responsibilities lie in good ethics for companies, politicians, journalists, academics and most importantly – libraries and the role librarians play in empowering over ignorance. It is great to see that a lot of the materials I read refer to digital literacy, fact-checking and searching for quality information. Fake news may be a ‘bad thing’ but it is a blessing too to remind everyone of the underlying skills such as literacy, fact-finding, analysis and even more relevant…critical thinking, which all needs to be honed. Mick O’Leary writes in Information Today Oct 2017 in ‘Fact-checker resist Alternative Facts’– “No, it’s not all the president’s fault, although he is the leader of the pack. People on all sides subordinate facts to passions and politics. Fake news and lies abound, disseminated from all quarters and driven by greed and partisanship”.

Some of the issues and consequences of Fake News is that it affects our democracy, evidence based-decisions and facts which can be harmful if applied generously. False reporting is blindly encouraging parts of the population to remain ignorant on the issues that directly affect them. There will still be people out there who would fall foul of propagating fake news, but we should not find this discouraging. It is an era of post–truths. With time, we still have the fact-checkers to verify an issue, even if points of view still remain the same. We are a free society after all.

So why share fake stories? Apparently there is an interesting answer put forward by Jimmy Wales, Founder of Wikipedia. When asked recently about internet users unknowingly sharing false stories – Wales replies “Yes, well, that’s just human life. All of us have a few idiot friends and now they can share stuff on Facebook. The thing is, it is easy to be condescending about these people and to joke about these people. But the truth is, in free societies, people have a right to not be interested in the news. But when you’re not that interested in the news and you do decide, ‘hey, I think I want to find out some information,’ you deserve to get quality information. And that’s what we’ve really been lacking”. So part of the answer may lie with good journalism, collaboration and research skills.

The other issue is with the growth of social media – there is intensity and traction with our biases.   Generally, we follow and connect to people who are similar to us and therefore only see or hear points of views that we are exposed to. Social media tend to be mostly an echo chamber for our own views. We should challenge, discuss and converse with people who have a different perspective, but do try to avoid trolling.

Social media platforms have come under attack with the rise of fake stories. Facebook was aware of this as they placed adverts in national newspapers on the run up to the UK 2017 general elections. Social media precaution has also been in the news recently on the related issue of the use of our data and algorithms. There is a lot of power and money in such large networks of people who are actively engaged on social media. Unfortunately, there will always be predators who want to manipulate us. I have certainly shared my point of view on the recent exposed Windrush Generation scandal. I knew it was a concerning when I saw the Trinidad and Tobago High Commission in London share an update about an amnesty petition in their news feeds. It was one of the saddest and biggest stories being shared by my network on social media, and not just in the UK. This is an example of my social media use for news and for when the lines become blurred between what is relevant to me, and concerning politics. I saw very little fake news on the Windrush Generation. It was mainly real news being shared on social media. All in all, it is a very sad true topic.

The other major issue is propaganda and censorship. In time of sensitivities – the truth gets manipulated, measured and withheld which leads to misinformation, propaganda and mistrust. It won’t be uncommon to say that there are also ‘little white lies’. It is an old technique for keeping order or even protecting us from facts, in a twisted way. Fake news may certainly be in our dialogue, but lies are not new. The liar’s tools are new but it is an old problem in the information war. It is also our own responsibility to censor and self-regulate our opinions with time sensitive and appropriate information in relation to our communication strategy, if there is one.

So where do we go from here? Most of the resources I read suggest that we build trust. I do have a personal motto to be as genuine as possible, and seek the truth where I can personally and professionally on social media. Like Jimmy Wales’s article above, Wisniewski also has some good pointers to check information that include:

This is an opportunity for webmasters, journalists, librarians, and other similar professions to advocate trustworthiness and credibility. It is also timely to promote digital literacy skills for Joe Public, and for students in higher educations. I saw an advert for a library training users to spot fake news which rightly stated – “Fakes News permeates our media. It’s important to learn how to differentiate actual news from fake news, as misunderstanding news can have real-life consequences”. False information is one of the dreaded crimes that a librarian can ever knowingly give to a library user.

It is also the responsibility of social media platforms to monitor and prevent viral fake news. I read that Facebook have rolled out a tool to mark stories as “disputed” and shows them less frequently on users’ news feeds. Facebook also ran newspaper ads titles ‘Tips for spotting false news’. They want us to get it right as “people want accurate information on Facebook, and so do we’. Among the 10 suggestions included – look at the source of the website, check if the photos are manipulated, check the date of the content, make sure that the article is not satire and be sceptical of headlines. Should you care…if we can get these tips right, it would be good for Facebook too. I can laugh too about meme shares on Facebook like the one below, ‘fake rice‘ and real ‘fake’ people too!

So can this really work? There is an argument that journalists embedded in political campaigns used Twitter for timely updates and analysis and therefore they can easily be found on social media in real time right in the heart of the action. Similarly scientists, authors and artists increasing use social media to communicate with each other. The point being is that not all accounts on social media will be untrustworthy. Information literacy is also a key factor for positive changes in the future.

Mark Roquet writes in ‘What Happens Now? Fake News, the Gross Internet, and What to do about Information Literacy’ in Info Today March 2018 – “Librarians and other adults have often developed habits that protect us from some of the ugliness of our digital society… We must take some responsibility for the hate and ugliness our students encounter online and equip students with the critical skills and orientations required to fix internet ugliness rather than fall for the worst lines”. Mark also lists other fact-checking and digital skills that we can equip the youth of the future. If we up-skill the next generation, hopefully we can have radical new information literacy skills that prepares students for our current world. It may be in better hands in future.

There are counter fake news initiatives that are being provided by governments everywhere from Sweden, Malaysia, the United Kingdom – and hopefully many more countries. Companies and professionals should also understand that information is integral to the very fabric of our lives. We all have the responsibility and obligation to share and provide content that is truthful…and prevent the dissemination of false information. We may not be able to do so always in the real world, but we should keep our ideals and ethics as life moves more digitally. This is not a war we can win easily, but the consequences and responsibility lie with each one of us to remain truthful when sharing information.